Orchestrate the real-time flow of data

Connect to your systems without coding 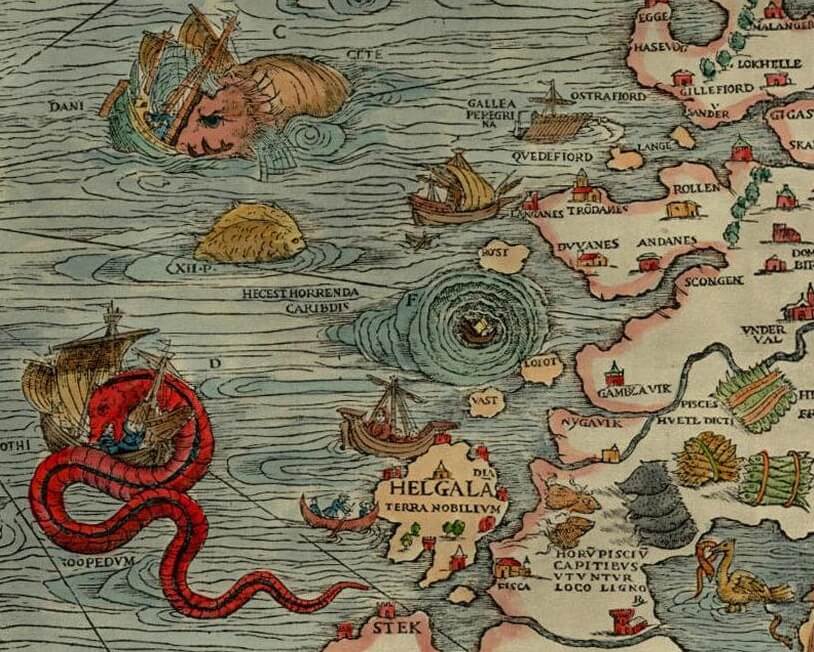 The recent rise in interest in digital twins for industrial applications reminds of medieval seafarers navigating unchartered waters in search of fame and fortune. Their charting maps showed “Here be dragons” at the edges which meant dangerous or unexplored territories, in imitation of a practice of putting illustrations of dragons, sea monsters and other mythological creatures on uncharted areas of maps where potential dangers were thought to exist.

Industry analysts like Gartner, Forrester, and the ARC Advisory Group who survey a broad spectrum of the industrial market, all agree that digital twins will proliferate over the next couple of years.

Digital twins have attracted wide-spread attention and are considered to be the key to smart manufacturing and other industrial applications that are embracing large scale digital transformation initiatives.

In this 3-part series, we will present a methodology to create digital twins in a simplified, systematic and problem-to-solution approach.

The Challenge and How Do We Want To Solve It?

Because digital twins are digital representations or software design patterns, we look to existing software development practices and approaches for guidance.

There are multiple different software development approaches and our aim is not to review all the alternatives to determine best fit. We will focus on applying the principles that are used by many software startups that have vague requirements, limited resources and funding, and first need to find “product/market” fit. The approach used by many of these startups is described as “The Lean Startup”.

The initial concept was aimed at helping startups take an agile and customer-centric approach to product development. The Lean Startup Methodology has since been widely adopted by startups, government organizations and global enterprises as a framework for creating innovative products and business models. For example, GE FastWorks launched 100 projects globally by using the Lean Startup approach. The results GE has achieved include: half the program cost, twice the program speed, and products selling over two times the normal sales rate.

In the following section, we’ll cover the elements of the Lean Startup Methodology that are most applicable to creating Digital Twins:

Eric Ries defines a minimum viable product (MVP) as a version of a product that enables you to learn enough to test your current assumptions with the least amount of development effort.

A common misconception about building an MVP is that it is simply a paired down version of the ultimate solution you aim to create. This approach overlooks the philosophy underpinning the MVP concept, which is to aid in validating your assumptions as fast as possible by getting user feedback.

In our experience, designing high-fidelity mockups and interactive prototypes have been powerful tools for generating the initial MVPs for digital twins. Because there is no development involved in this initial phase of experiments, we are able to rapidly turn around revisions of the prototypes and get multiple rounds of feedback.

The Lean Startup approach draws on the Scientific Method by recommending that practitioners conduct falsifiable experiments to inform their decision making. This is in stark contrast to the traditional approach of creating a comprehensive one-off plan before embarking on the development phase of a project.

For most industrial companies, creating digital twins is still uncharted territory. This is why an approach originally designed for startups can be useful in navigating the process of innovating in the midst of uncertainty.

By running small experiments with measurable outcomes, you are better able to make constant adjustments based on real user feedback, rather than on your initial assumptions (which are often incorrect).

Using the rigorous Validated Learning approach prevents the misfortune of perfectly executing a plan that produces an obsolete solution.

The Build-Measure-Learn feedback loop is a core element of the Lean Startup methodology. It consists of turning your ideas into an MVP, getting feedback from users and then making decisions based on what you learned.

Eric Ries emphasizes the focus on minimizing the total time to complete a cycle of the Build-Measure-Learn loop. This is particularly relevant to industrial organizations, who operate in hyper-competitive environments where innovating faster than the competition can have large-scale impact.

In our experience working with customers in asset-intensive industries, we’ve seen the outsized impact that digital twins can have.  When you work on a scale where one hour of downtime equates to hundreds of thousands of dollars in revenue loss, even small-scale digital twin projects can produce enough ROI to fund additional development.

A large, multi-national Oil & Gas customer has seen a reduction of $8m in costs & production losses in a 6-month period by using a digital twin of an oilfield to optimize maintenance and regulatory inspections.  A mining customer is using a digital twin of their underground conveyor system to reduce downtime by detecting one type of failure mode with results of $3m+ additional revenue per annum.

In this series, we’ve extracted and applied the most-relevant elements from this well-adopted approach to help industrial organizations create Digital Twins that solve real challenges and don’t take months to architect and develop.

A Practical Approach To Lean Startup

In 2011, veteran software entrepreneur, Ash Maurya, expanded on the work by Eric Ries and released Running Lean: Iterate from Plan A to a Plan That Works. In the book, Ash provides a practical and systematic process for applying the Lean Startup Methodology.

In his work since then, Ash has built on these concepts and created the Continuous Innovation Framework. The framework consists of three key steps:

The first step is to document your initial assumptions in a lightweight format. In the Continuous Innovation Framework, practitioners often use an adapted version of the Business Model Canvas developed by Alex Osterwalder and Yves Pigneur in the book Business Model Generation.

Before you start creating your MVP, understanding what to build should be a key step in your Digital Twin project. Finding the right problem to solve can be challenging.

We have developed a Digital Twin Ranking Matrix that enables cross-functional teams to rapidly brainstorm potential digital twin use cases and prioritize them based on factors like business impact and technical feasibility. This matrix will be made available to you for free along with additional templates as soon as we’ve completed the 3-part series.

Once you know which problems are worth solving, you can move on to defining the MVP and testing your assumptions using rapid experimentation.

A good experiment optimizes for speed, learning and focus. It has a goal, a falsifiable hypothesis to test, a defined timeline and one key metric to keep track of.

Examples of experiments include:

The key is to run rapid experiments that build on each other and provide you with more learning and validation as you progress.

We’ve adapted the principles of the Lean Startup Methodology and the practical tools from Running Lean and the Continuous Innovation Framework to help industrial companies innovate like startups in the uncharted Digital Twin arena.

Benefits of using a Lean Approach for Digital Twin development

The Lean Digital Twin focuses on addressing a key business value metric with a defined financial benefit that can be verified in a short period of time. It provides short-term return on investment that can be used to fund the development of more advanced production twins. This removes the cost and risks associated with projects where a lot of time is spent on requirements definition, product specifications, architectural designs and waterfall style development cycles.

The cost and risks of this approach are significantly reduced as the initial phases to validate product/market fit are typically measured in days and weeks rather than months and years. The journey to develop digital twins is still uncharted, but by building on the Lean Startup approach you can create a clear path to success in the midst of uncertainty.

Did you enjoy part 1 of this series? Click here to read part 2

Get My Resource Kit